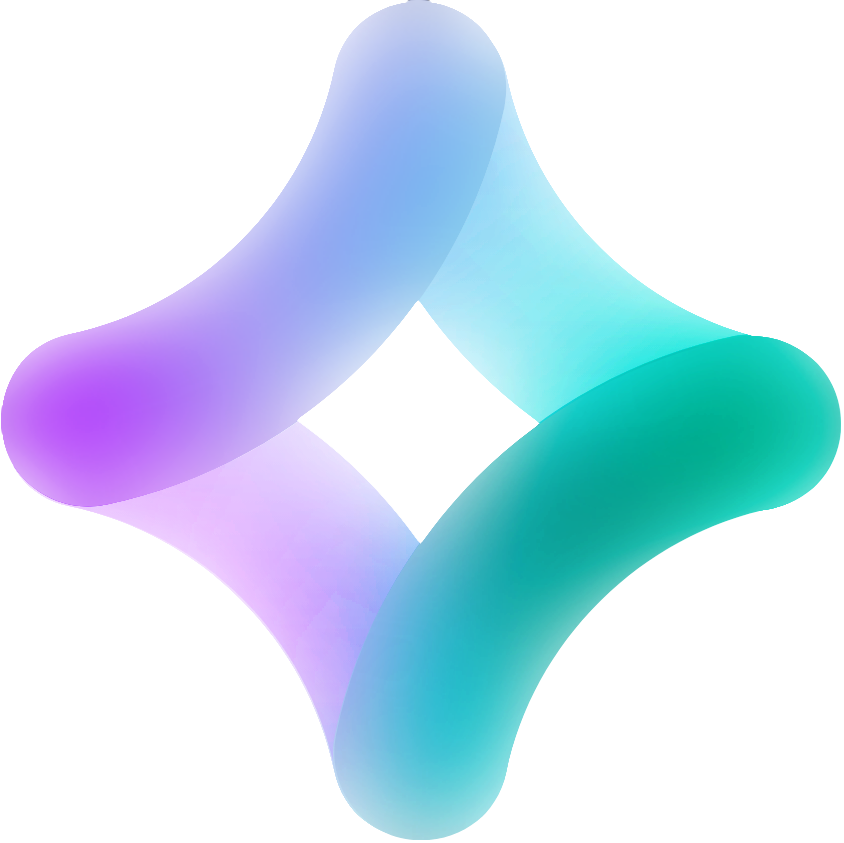 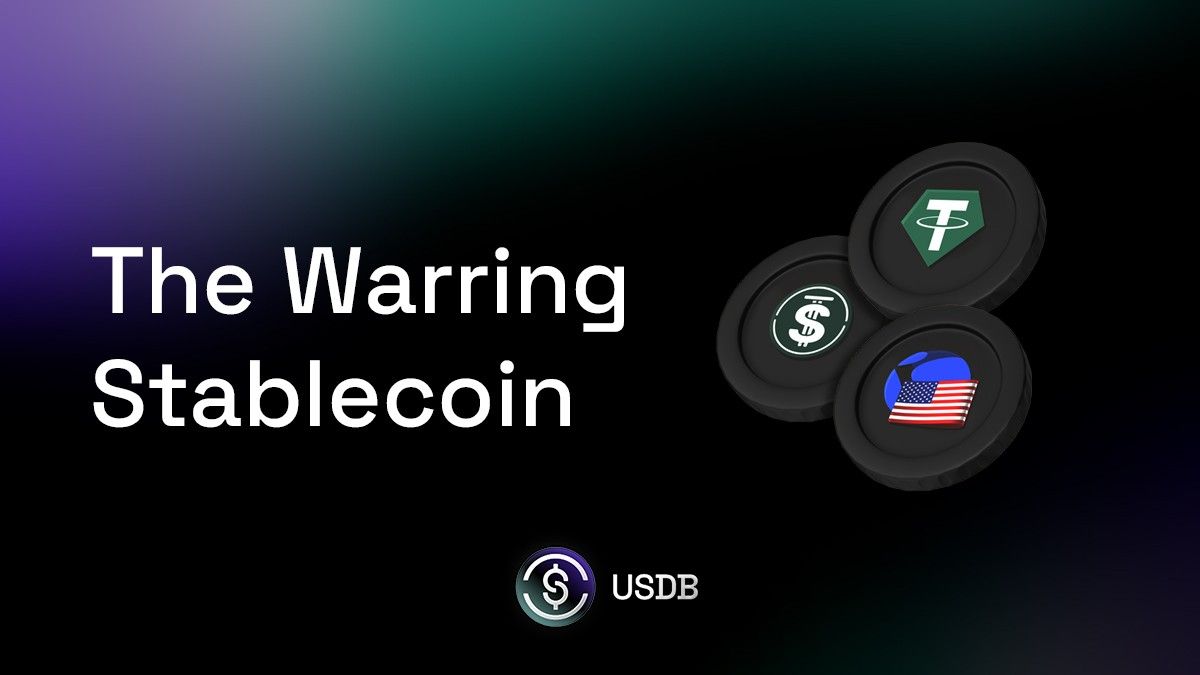 When one enters the cryptocurrency space, one would usually enter with a stablecoin. It is the bridge between traditional and decentralized finance. It is the first token held by most folks. When a newbie asks you why you chose a certain stablecoin over another. How would you respond? This article is here to answer just that.

Observing the Coingecko market capitalization leaderboard for stablecoins, only four of them are able to exist in more than a hundred exchanges, both centralized and decentralized. These are Tether (USDT), USD Coin (USDC), Binance USD (BUSD), and Dai (DAI). Let’s uncover the tiny differences between these and learn when to choose which over which.

Tether leads the game with a market cap of $68 billion. Traders may appreciate the minimal slippage when trading with this token given its extremely large liquidity. It also boasts itself as the world’s first ever stablecoin built in 2014. All USDT tokens are pegged to a real-world fiat currency, US dollars to specific. This means that each token is 100% backed by fiat stored in Tether’s reserves. Should a holder choose to exchange a token back to fiat, they may do so in a 1:1 ratio. Tether is the only entity with the authority to inject or withdraw the tokens out of the circulation.

It promises to uphold transparency by publishing daily records of their treasury to assure the public that each USDT is always backed by a dollar. Despite this, Tether has been put into the spotlight in many instances due to allegations regarding its transparency and resiliency as a stablecoin due to its percentage of liquid and readily convertible assets.

Reviewing its reserves breakdown as of November 2022, 82.45% of its reserves are composed of cash, cash equivalents, and short-term deposits. 4.69% are composed of corporate bonds, funds, and precious metals while the residual is of secured loans and other investments. From this data, it may be deduced that roughly 82.45% of its treasuries is readily convertible against USDT at any given time.

In 2018, USDC was developed by Coinbase and Circle, a licensed money transmitter under the United States State Law. Given that it has the support of Coinbase, USDC has easier access to cryptocurrency exchanges. Despite its seemingly secure structure, using USDC may tamper with integrity of decentralization maximalist as it is heavily controlled and regulated by centralized entities. They have the power to freeze and blacklist accounts.

In fact, Circle froze the funds of wallets linked to 44 Tornado Cash as sanctioned by the U.S. Office of Foreign Assets Control’s Specially Designated Nationals and Blocked Persons (SDN) list. While this was done with good intentions, it is debatable whether the power held by these entities are in tune with the philosophies of blockchain technology.

It is also designed to be 100% backed by fiat and exchangeable with its issuing entity, Circle. It specifically states that it is 100% backed by cash and short-term government treasuries, which is a big advantage against USDT. It has a market cap of $43 billion. The latest USDC reserve report states that it is 100% composed of cash, cash equivalents, and US Treasury Securities. This means that 100% of its treasury is readily convertible against USDT at any given time.

The first stablecoins listed are all fiat-backed, including BUSD. In 2019, BUSD was founded by Paxos with Binance, and has a $23 billion market cap today. It is also heavily regulated by the New York State Department of Financial Services (NYDFS). With the support of the world’s largest cryptocurrency exchange thus far, BUSD is easily tradable with minimum fees - making it suitable to traders. To provide assurance, a monthly audit is also conducted for BUSD.

Like USDC, it also has 100% of its reserves in cash and cash equivalents - specifically in US Treasury securities. Hence, 100% of BUSD’s treasury is readily convertible against USDT at any given time.

This token is the only decentralized stablecoin amongst these four. There is no central authority that issues DAI, but is algorithmically developed by MakerDAO in the Ethereum blockchain. Since there is no centralized entity, audit reports aren’t necessary as everything is publicly viewable on the blockchain. Instead of using fiat to back DAI, a collateralized cryptocurrency debt system is used. This ecosystem promotes an overcollateralized supply of assets.

In order to mint DAI, cryptocurrency other than DAI must be locked into the vaults of MakerDAO. This serves as the backing of the stablecoin, similar to how fiat backing mechanisms work. Since the backing currency is volatile, it is adamant that the entity employs a liquidation system. This helps in maintaining the backing of DAI while serving as a revenue stream for MakerDAO.

A downside would be that it has less liquidity and less token pairs relative to the other three stablecoins with a market cap of $5 billion. This implies that there may be instances where token swaps would undergo multiple swaps before reaching the token to be bought - resulting in more slippage and transaction fees. With its decentralized nature, it is also slightly more difficult to exchange DAI to fiat currency.

Regarding its reserves, everything can be transparently seen in real time in DAI Stats, Maker Burn Collateral List, and MCD Vaults Tracker.

So, which is the best?

Best is a very subjective word. To answer this question, let’s define best according to different cryptocurrency user personas. Traders would avoid DAI but would love to use USDT, as it has the largest liquidity - making it easy to trade large amounts of money with minimal fees in a vast amount of exchanges. USDT users must also accept the risk that not 100% of Tether reserves are readily exchangeable at any time. This risk does not exist in USDC, BUSD, or DAI; but these have far less liquidity and access than USDT. BUSD would also be a choice for traders that are willing to place a huge trust on centralized exchanges as it would entail little to no transaction fees. USDC would also require trust for centralized entities and is best used by investors in decentralized protocols. For those passionate in decentralization, DAI would be the first choice.

Thank you! Your submission has been sent.
Oops! Something went wrong while submitting the form. 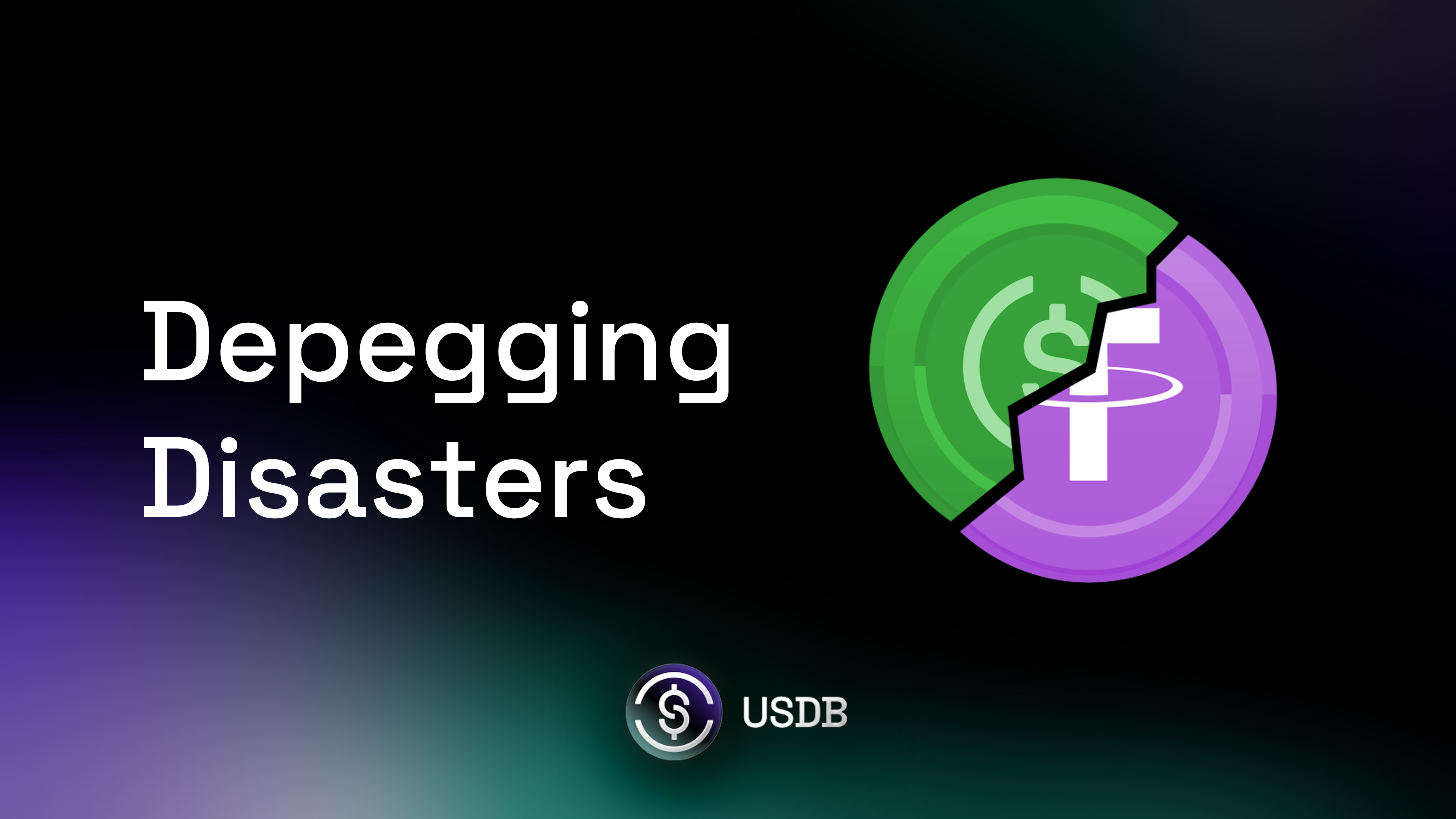 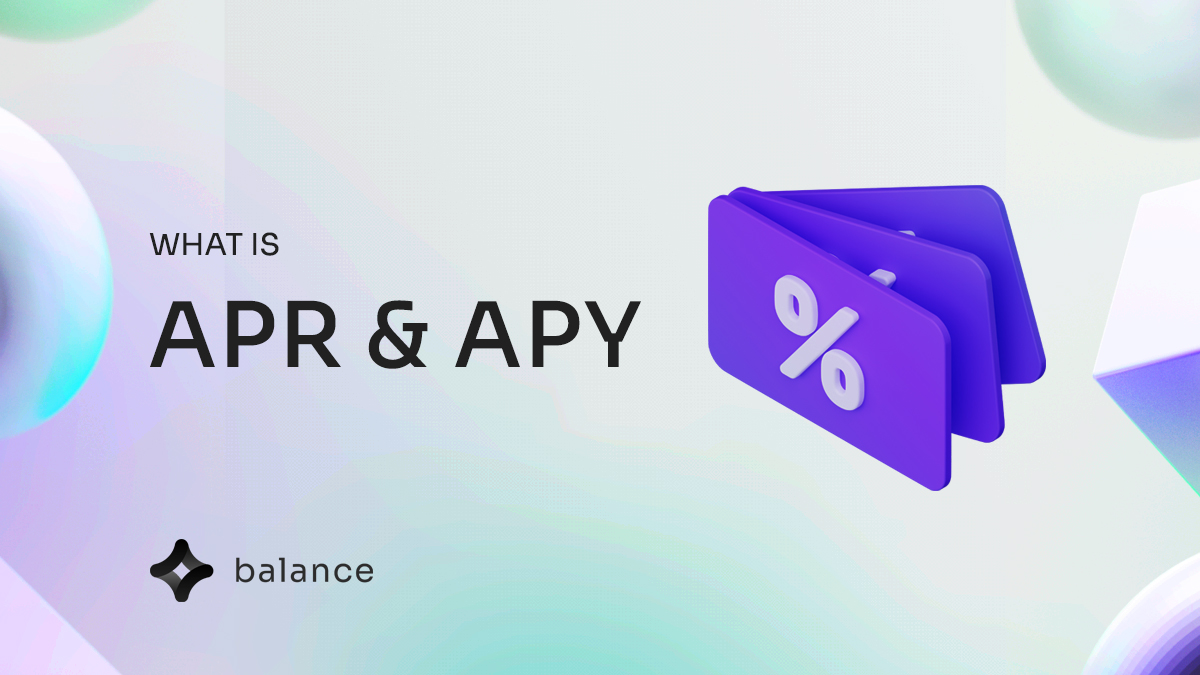 APR and APY: Differences and Why They Matter 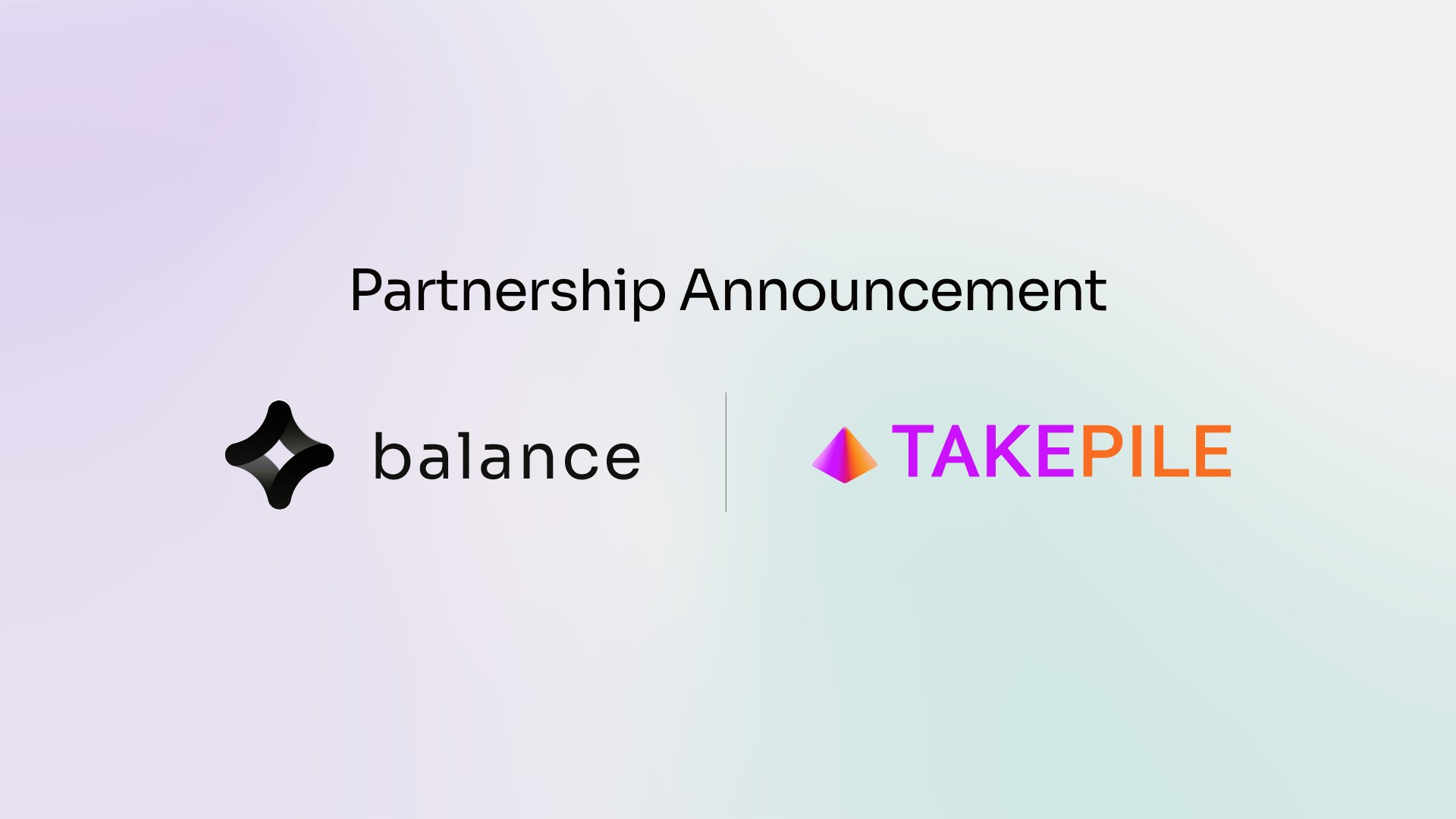